Smart Defense — a battle against the Power of the Force. 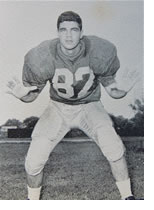 Bob Reeder is a former University of Delaware Fighting Blue Hen three-time football letter winner and the creator of the Smart Defense curriculum. Bob brings to the safe driving arena a background that is unparallel and would be difficult if not impossible to duplicate.

Following his graduation from the U of D, Bob headed for Pensacola Florida where USMC 2nd Lieutenant Reeder began flight school training and earned his wings as a Marine Corps Jet Pilot. 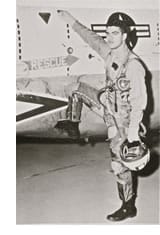 Bob credits his time as a Marine Jet Pilot with allowing him the experience to learn about and develop an in-depth understanding and respect for the characteristics of Nature’s Law (The Force). This extensive experience has now formed the basis for a very unique curriculum.

During his United States Marine Corps tenure, not only did Bob serve in a jet attack squadron, but in addition he was assigned to a training squadron where he became an instructor pilot.

Following an honorable discharge from the Marine Corps, Bob entered the field of education and held positions as a physical education instructor, guidance counselor, assistant principal and sixteen years as a driver education teacher.

After completing the Delaware Defensive Driving “Smart Defense” online course you will be a “Smarter Driver”. You will then have the opportunity to become a “Safer Driver”. The choice is yours…