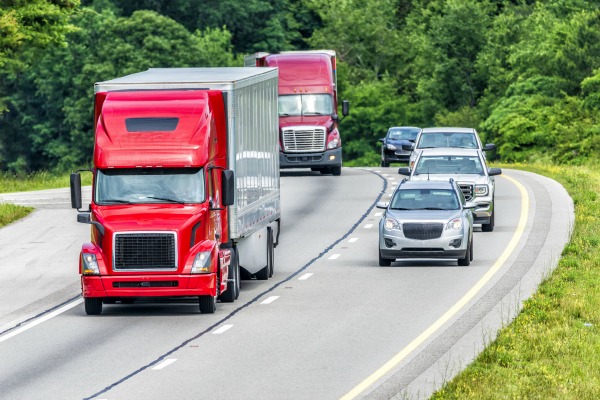 Question: What is the term used to identify when one vehicle is traveling too close to the vehicle directly to the front? If you answered tailgating you answered incorrectly. Tailgating is reserved for football games. The correct answer is formation driving. You probably thought formation only happens when airplanes are involved (see below).

FACT: The Blue Angels and the Thunderbirds are two highly skilled and professionally trained supersonic jet aerial acrobatic teams. At speeds in excess of 500 MPH, these pilots are capable of maintaining a space cushion of less than 3 feet (wing tip to wing tip) because they practice and they communicate. Another critical factor is – they are willing to place their lives in the hands of their fellow team members. The question for the operator of a motor vehicle who chooses to drive in formation is not how good he or she is, but how much trust are they willing to place in the hands of other vehicle operators. The smart answer should be – NOT VERY MUCH!

“Smart Defense” by the “The D Team” answer: Become the leader – it is called front space. By maintaining adequate/safe front space, you automatically become the leader of any lesser talented motorist who insists on riding in formation with you.

But what do you do if some @#$% takes your front space? Are you still a leader? Yes, if you immediately re-adjust. Just a slight ease off your gas pedal will usually do the trick, however, there may also be the need to use the brake pedal. You’re good! That @#$% needs your help! It is called “SOS”. You can drive smart or you can drive stupid. “Smart Defense” by the “The D Team” recognizes it is not always easy to drive smart, but the penalties for driving stupid are not worth the risk.

One final comment concerning formation driving — there are those motorists who are also concerned with the vehicle behind them being too close. That becomes a more difficult driving environment to control.

1. Slowing up in an attempt to entice a passing/lane change maneuver by the formation driver to the rear may work. However, if passing/lane changing was an option previously, it probably already would have happened.

2. Playing with your headlights and/or brake lights — maybe will work or maybe will not work.

3. Some suggest pulling off onto the shoulder to guarantee a passing/lane changing maneuver by the formation driver behind you. This may work until the next incident of formation driving.

The bottom line — “THERE ARE NO ABSOLUTES” when it comes to resolving formation driving to the rear. However, “Smart Defense” by the “The D Team” suggests that by being a leader (adequate/safe front space) you will have better odds of returning home safely.

QUESTION: How much front space do you need when following a vehicle that obstructs your view to the front.

ANSWER: Certainly, more space than when following a normal sized vehicle. Incidentally, if the traffic signal hidden by the truck has just turned red you may soon be feeling the “HEAT”.