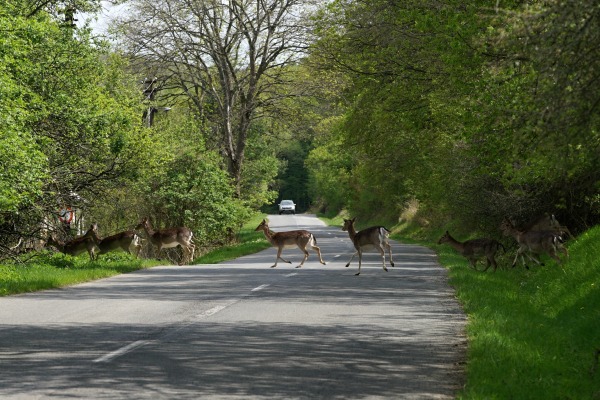 The Delaware News Journal has identified that Delaware Police Officials claim a motorist who is confronted with a potential collision with a deer should “Hit The Deer” rather than attempting to avoid hitting it. Delaware Defensive Driving, Inc. responds below:

Normally, if you are unfortunate enough to end up in an encounter with a Deer your odds of survival have little to do with the actions you take. Any decisions you make will come from instant fear which normally results in attempt to remove yourself from the impending danger. If time permits a normal person will instinctively choose “flight” (hitting any animal is not a normal instinctive behavior). Is that the best choice — “THERE ARE NO ABSOLUTES”.

Below is just one of many newspaper articles identifying where the driver either voluntarily or involuntarily carried out the message suggested in the Delaware News Journal article — HIT THE DEER! The result was not pleasant.

– Victims are Daniela Ruggiero, 18, and a 17-year-old passenger yet to be named.
– Both died at the scene, near Ware, Hartfordshire
– Citroen C1 hit a deer, collided with a Volvo V40 then burst into flames

“THERE ARE NO ABSOLUTES”

Use Of Islands In Delaware