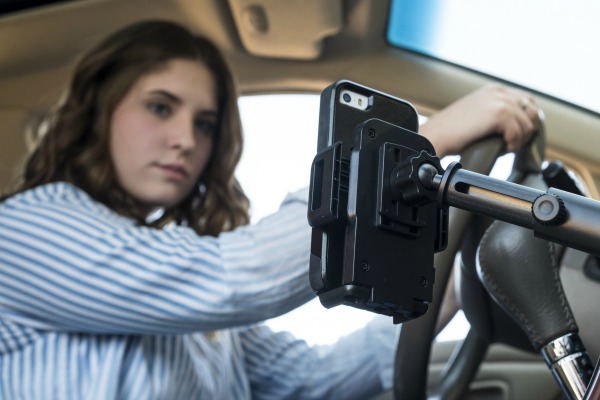 QUESTION: Does the limiting of cell phone use to hands free lessen cell phone DISTRACTION while operating a motor vehicle?

ANSWER: “The D Team” suggests the answer is YES. Hands free is safer, but not for the reason most would suspect. There has been many studies that identify communicating on a hands free phone is no less of a DISTRACTION than using a hand held cell phone – it is the attention to the conversation that is the DISTRACTION. In fact, hands free generally requires DISTRACTIONS such as hand dialing. However, hands free would make a major DISTRACTION such as text messaging illegal – a safety factor which can not be ignored. WE REPORT – YOU DECIDE!

2010 legislation notes: Several amendments were added to House Substitute 1 for HB 229 before it was approved May 13 in the House. One allows drivers to use their hands to enter numbers for a phone call or to engage hands-free accessories. The other exempts farm tractors and trucks from the ban on handheld electronics.

Delaware State Police report that cell phones were a factor in 252 traffic accidents in 2008.

Think Before Eating and Driving In Delaware